“Flowing between the boundaries of fine furniture and fine art, John Lee’s name has become synonymous with innovative design and exceptional craftsmanship. “

John Lee (b.1974) established his workshop in 2004 in Co.Meath, Ireland having studied at the Furniture College, GMIT Letterfrack, Co. Galway, where he graduated with Distinction in 1993 and received the ‘Student of the Year’ award. In 1994, he won the Irish National Apprentice Cabinet-Making Competition. John’s the third generation cabinetmaker in his family.

John has exhibited extensively both nationally and internationally, including exhibiting at SOFA Chicago, COLLECT in the Saatchi Gallery, London and DESIGN BASEL in Switzerland. His work can be found in numerous private collections and museums which include his “Carrigeen” tallboy and “Core” low table in the National Museum of Ireland, Dublin.

Inspired by naturally occurring geometric forms, his current work is exploring the enhancement of timber’s natural properties whilst experimenting with form, function and finish. Concentrating on making his furniture more sensually appealing, Lee is investigating textured finishes by exposing the timbers natural grain patterns on his dynamic forms. This dynamism is most evident in his recent work; in this work he methodically and with great dexterity creates a ‘twist’ in the plane of many of his pieces. In creating this change he takes great care to ensure that the proportion and scale of the manipulation is correct and deftly crafted. Observers of these pieces may be drawn to the changes in plane, the curves of the drawers and the ‘rightness’ of the proportion but they will delight with the detail; drawers that effortlessly open, finely finished jointing and beautifully understated leather lined drawers all combine to make this furniture that will occupy a special place in the mind of all who see it. 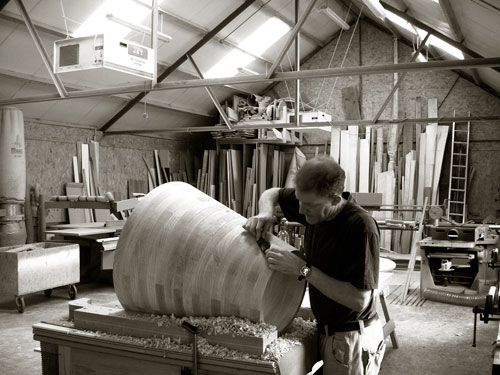 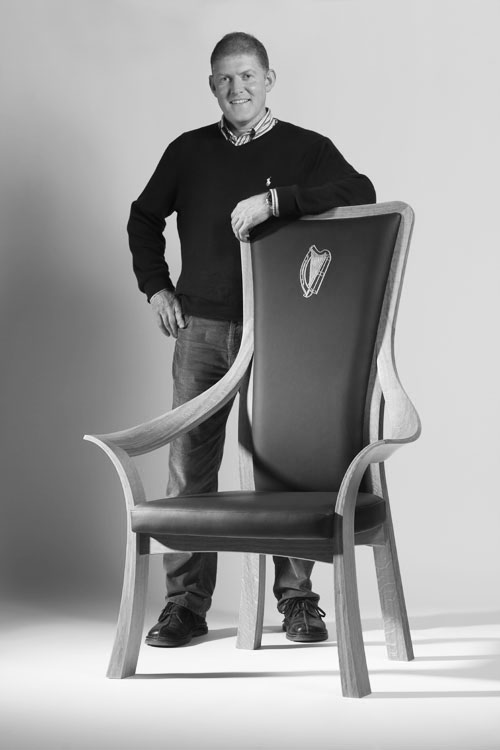 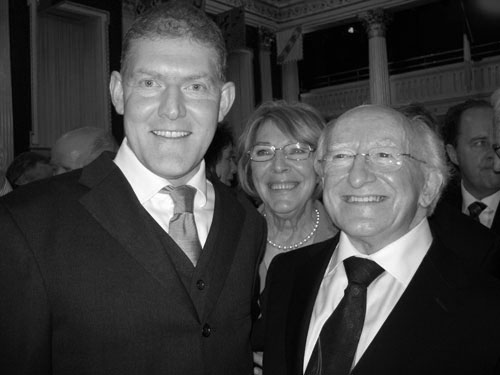 John Lee with President Michael D Higgins and his wife Sabina at the State reception.

THE FINE ART OF FURNITURE