< Go Back To News

Irish Design 2015 Award for Excellence and Innovation in Craft

A bleached, sandblasted and whitened ash coffee table, Core II, won the Irish Design 2015 Award for John Lee for his design excellence and innovation, at the RDS National Craft Awards today. The Meath man’s work was inspired by the entrance stones at Newgrange and the natural effects of weathering and erosion on our surrounding environment.

John is one of Ireland’s foremost furniture makers with pieces exhibited in galleries and museums in Ireland and beyond. He was commissioned to make the new Irish Presidential Inauguration Chair for Áras an Uachtaráin.

John Jenkins, the furniture judge for the RDS National Craft Awards said: “Core II thoroughly deserved to win the Irish Design 2015 Award as it is stunning piece of furniture. Not only it is beautifully considered, but its intricate design invites you to rub your hands along it. As a designer I can appreciate the thought and consideration that went into it, from planning through to execution. What I especially liked was the range of skills employed, both traditional and contemporary, that would have it made incredibly challenging to make.” 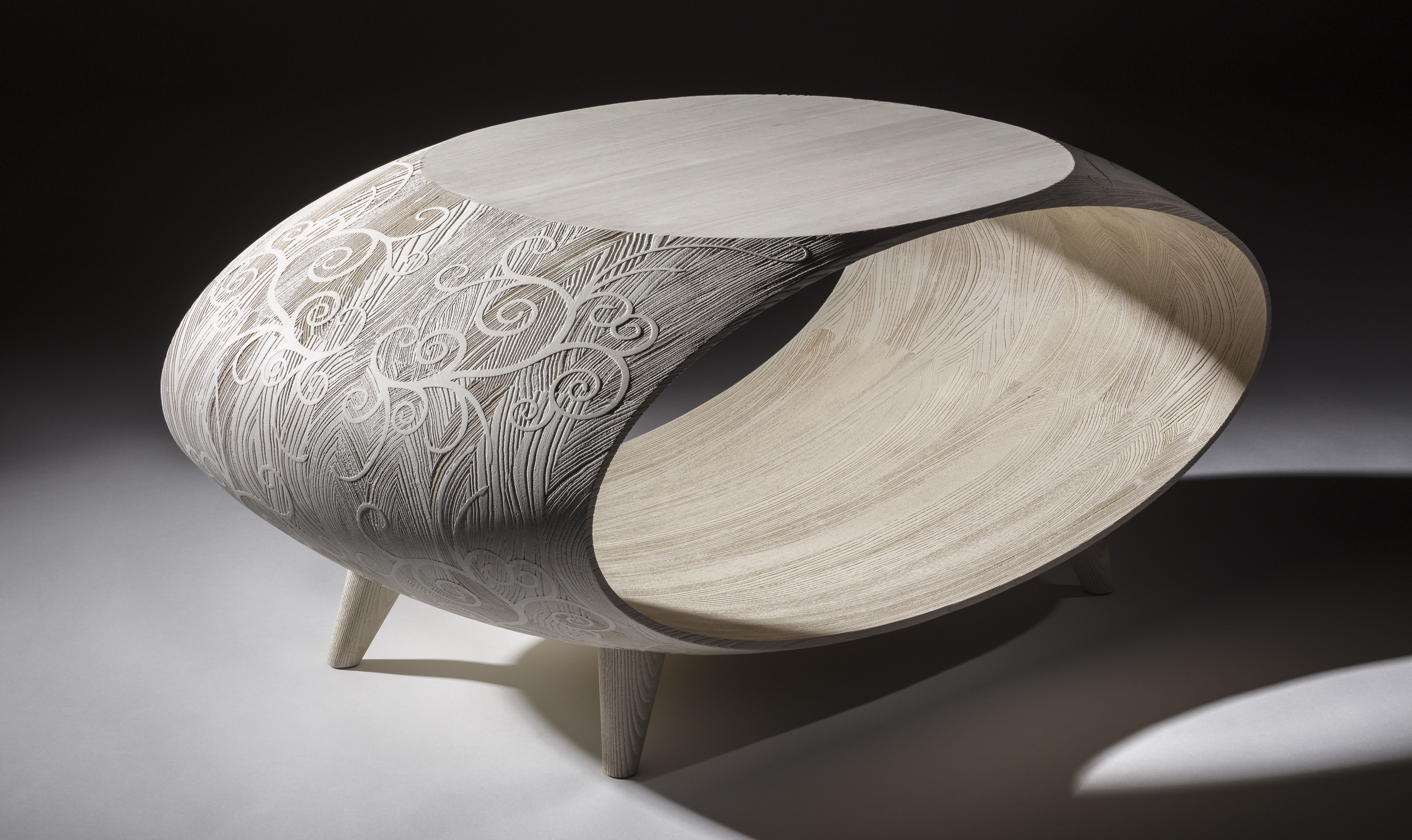 THE FINE ART OF FURNITURE